The BBC film crew came down within days of the new centre’s opening to exclusively speak with patients and members of the cataract eye surgery team.

The report also included exclusive footage of Dalip Malkani having surgery at the state-of-the-art centre.

Dalip, a 78-year-old IT consultant, is one of the first patients in the region to have life-transforming cataract surgery at the purpose-built centre.

Speaking to the BBC, Dalip said the operation had been an “enlightening experience” and that the staff had been “marvellous”.

“They’ve taken good care of me, kept me informed of what to expect, what I should and shouldn’t do. It’s been really good. My vision is much improved,” he said.

The BBC reported that Dalip’s visit took less than three hours, and that Dalip was “one of many to come who will benefit from world-class facilities in South Yorkshire”. 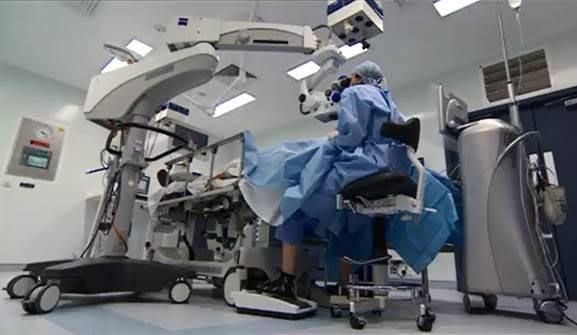